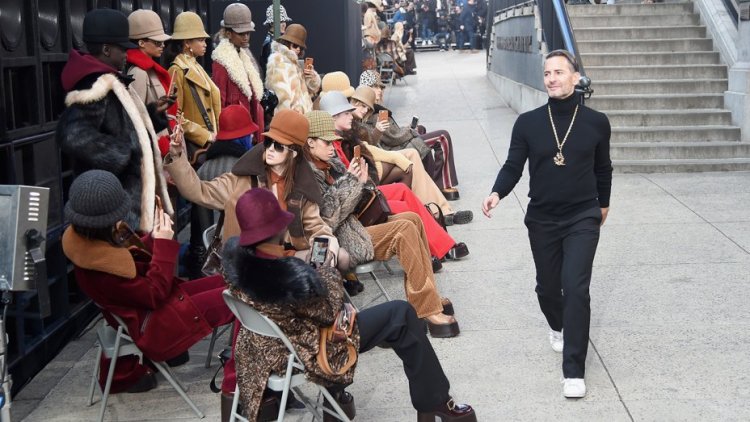 For many in the fashion industry, New York Fashion Week is their favorite time of the year, while many others dread it because of the innumerable amount of events that simply equals #nosleep Although NYFW officially starts on a Thursday, we must take in consideration that many brands start showcasing their designs since early as Tuesday, and the festivities go all the way until the following Thursday. All which equals to over nine days of shows, parties, and events to attend prior to jumping to London, Milan, and Paris for the rest of the fashion week calendar.

Due to the extensive amount of days and upon the complaints of many, the CFDA announced they will be cutting NYFW by one day. Such change will take effect as early as this upcoming September when brands will be showing their Spring/Summer 2018 collections. Although the schedule has been cut by a day, the one fact that will remain the same is Marc Jacobs closing the week as he has been doing so for many years.

According to a CFDA spokesman,  “The CFDA is still working on finalizing other shifts throughout the week, doing its best to work with brands to ensure that the calendar is meeting designer needs and maximizing their presence during the week.”

I visited @thecandytopia on my recent trip to NYC and I had a blast! Each room has a different theme and every single sculpture from big to small is made with candy. It was specially cool seeing figures like Cardi B and Snoop Dog made from candy 🍭
Give a girl a pair of pretty sneakers and she can conquer the world! 👟
Hello friends! 😊
Thank you 2022 for all the adventures, lessons and the gift of life! I’m ready to take everything 2023 brings and I wish all of your dreams come true next year!
Velvet is one of my favorite fabrics to wear when the temperature drops. It’s natural shine provides a level of elegance, regardless of what you wear it with 😎
The best view of 2022 was hands down flying over the Teotihuacan Pyramids in a hot air balloon thanks to @nuevocielomx 🎈