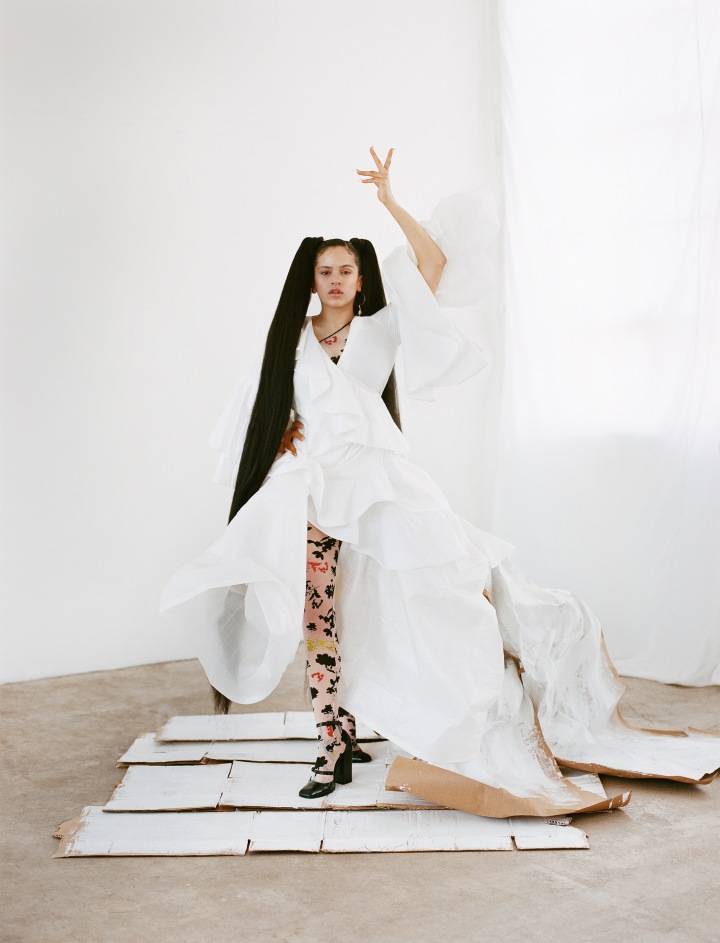 I think its safe to say that Rosalia is the epitome of a rare gem.

Initially known for her contemporary interpretations of flamenco music, the 25-year-old Catalonian singer is revolutionizing the music industry with her unique fusion of flamenco, pop, R&B, and hip hop. She expresses the love for her culture through folkloric dances while attracting a diverse audience with her captivating voice, to the point you don’t even need to know Spanish to understand she is a force.

Pitchfork ranked her 2018 album, “El Mal Querer” as the sixth-best album of 2018, with Philip Sherburne complimenting its combination of traditional and modern styles, and praising Rosalía’s voice, saying, “Whether breathy or belting, she’s as commanding a presence as Spanish-language pop has encountered in ages—less an ambassador for flamenco than the inventor of her own fascinating hybrid.” In October 2019, Pitchfork named this album, the 36th best album of the decade.

Her music videos tell a story and are as captivating and novel as her voice. Everything from the scenic design, to the dances, and of course the fashion, goes beyond anything presented in today’s atmosphere. Just like in her music, Rosalia mixes the glam of a pop star with a singular interpretation of the flamenco culture when it comes to fashion. When asked about her biggest fashion influence, she cited Spanish icon, Lola Flores. In an interview with Billboard, she said, “I love her. I love the attitude and the strength she had”.

As far as her fashion style, Rosalia is not afraid of taking risks and is always favoring bold colors, mixed patterns, larger-than-life sleeves and lots of drama, all of which turned her into a unique style icon. Think of her as a fashion chameleon, who favors sneakers and streetwear, but at the same time embraces her feminity in frills, fringe, and jewelry. Not without incorporating Spain’s flamenco in most of her looks, with layered shirts, ruffles, and bolero-style tops.

Still need some proof that this girl is THE next big thing? take a journey to see Rosalia’s fashion alternative picks, from her conquer of street style to her fresh take on pop star glamour.

Spread your wings and get ready to conquer the world! 😎
I have always been a fan of denim dresses and this one is no exception. I found this piece at @mpcvintage and as soon as I saw it, I knew it had to be mine!
Say goodbye to plastic shampoo bottles thanks to @hellohibar
Make sure to smile and always look ahead!!! Life is fragile and today is all you got. Hug your loved ones, call your parents, ask your friends how they are doing because tomorrow might not come.
Happy Tuesday!
🚨New Blog Post 🚨